Bajaj Platina 110 H-Gear – All you need to know

In an era where six-speed and five-speed gearboxes seem to be the mainstream choice in the industry, manufacturers are still bidding on four-speed gearboxes for conventional commuters. After all, the consumers – particular to this segment – are keen on saving costs in any section if need be. Now, while the fourth cog is adequate for riding in the city, it isn’t exactly a viable solution for the highway, especially when you’re trying to save some fuel.

Bajaj motorcycles tried to make amends by introducing a fifth-gear version of the Discover 110 in the past. However, the consumers – in a bid to save some drops of fuel – shifted into the fifth cog at subpar speeds, causing the bike to lug around. Consequently, Bajaj had to discontinue the bike. But now, Bajaj motorcycles are hoping to educate the consumer by calling the fifth gear, the H-Gear. So, Bajaj went ahead and launched the fifth-gear – or Highway-Gear – version of the Platina. Here’s all you need to know about Bajaj Platina 110 H-Gear First Ride review. 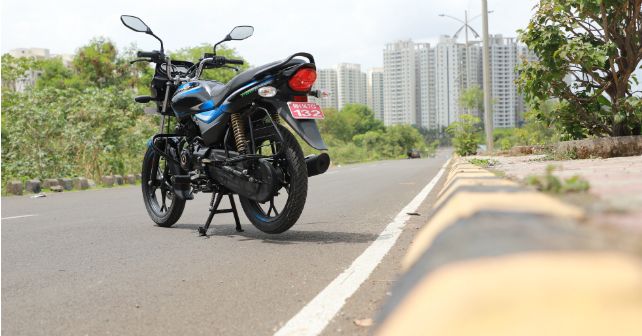 It comes as no surprise that Bajaj Motorcycles have stuck with the same styling for the Platina 110 H-gear. It still has the same boxy headlamp, eyebrow-shaped LED DRL, single-piece seat, multi-spoke alloy wheels, and 3D Platina badging on the fuel tank. After all, changing the bike’s design would have only resulted in a price bump. However, this time around, the Platina comes with a semi-digital instrument cluster which provides essential data such as a trip-meter, a low battery indicator and a clock, making it one of the most sophisticated clusters in this price bracket. It also comes with a gear shift assist display that indicates upshifts and downshifts.

Under the skin, the Platina H-Gear is powered by the same DTS-i engine that propels in the standard Platina 110 that is capable of producing 8.5bhp and 9.81Nm. As reflected by its on-paper figures, the bike has the torquiest motor in its class. As a result, the H-Gear is easily the peppiest bike to wander around town. The DTS-i motor, at idle, is very refined. In fact, ARAI-claimed fuel efficiency of 84km/l renders a good idea of the H-Gear’s improved efficiency. That said, even the Gear Shift assist urges the rider to upshift into the H-Gear as soon as you hit above par speeds. Once in the top cog, you can easily cruise at speeds as low as 35km/h to the speedo-limit 90km/h. 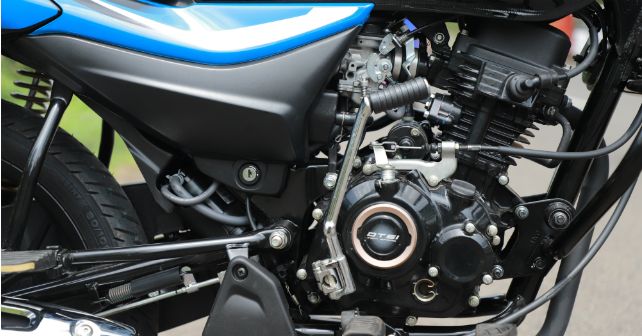 As far as ride quality is concerned, the Platina scores well in that regard. The seat is nicely cushioned and wandering around town is a rather comfort-oriented task. The telescopic front forks and the rear gas-charged suspension offer a stupendous ride quality. The long seat means you can easily accommodate a pillion. Bajaj has also focused on improving the braking aspects of the Platina, and this is evident by the 240mm disc brake at the front – which was sorely missed on the Platina 110 – and the added safety net of the anti-skid braking system. So, the Bajaj Platina 110 H-Gear really scores well in comfort and practicality. And with this update, Bajaj has further improved on perhaps a lauded commuter.

How to Prepare Your Bedroom for Winter Season?